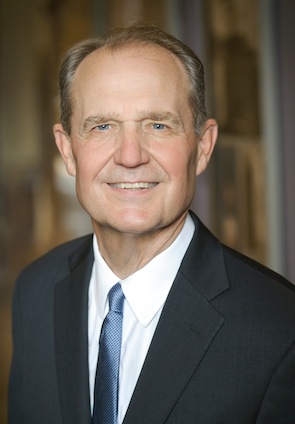 Kim Roger Luther is the founder of Luther & Associates. He obtained his undergraduate degree from Cornell College and his law degree from Washington University of St. Louis. At the beginning of his career, Mr. Luther served as in-house counsel for National Supermarkets before becoming General Attorney for Missouri Pacific Railroad where he managed all the Railroads’ FELA and crossing accident cases in the thirteen states where MoPac operated. Mr. Luther later partnered with Albert Schoenbeck where he continued trying railroad cases in Missouri and Illinois.

Since the late 1980s, Mr. Luther’s practice has been focused primarily on defending physicians in medical malpractice cases. In his career, Mr. Luther has tried over 100 jury trials in both Missouri and Illinois and has argued cases before the United States Eighth Circuit Court of Appeals, the Missouri Supreme Court, Missouri’s Eastern and Western District Courts of Appeal, and the Fifth District Court of Appeals in Illinois. Beyond medical malpractice claims, Mr. Luther’s practice also involves defending grocery stores and other small businesses in premises liability and other general tort claims.